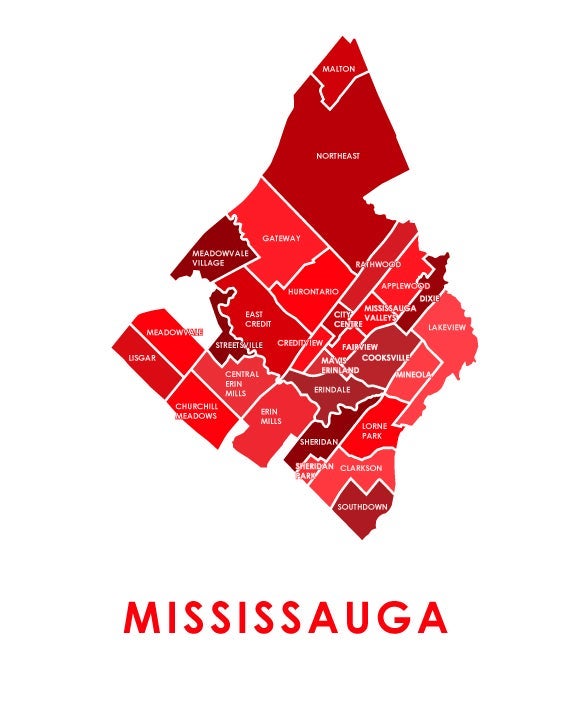 Home Prices: High
With a history of over 300 years, Port Credit is by far the oldest village in Mississauga.  Remaining an independent town until it amalgamated with the City of Mississauga in 1974,  Port Credit has maintained its distinctive character as a small urban village which is different from the majority of Mississauga's other, more suburban neighbourhoods.

Home Prices: Very High
In the late 1800's, Lorne Park used to be the "Hamptons" for Toronto's upper-class.  As it came into the fold of Mississauga, it did not lose its high end appeal.  Drive through the area and it is easy to see why; quiet streets, mature trees, character homes...quiet elegant living.

Home Prices: Moderate to High
Lakeview is an up and coming popular destination for people who like close access to Lake Ontario and downtown Toronto.  Lakeview is undergoing a waterfront development plan that will continue to drive interest to this village within the city.  Many of the homes in Lakeview are traditional post war cottage homes on generous sized square lots; perfect for renovators and people looking to customise their home.

Home Prices: Affordable to Very High
Those who love Clarkson, love it a lot.  With its relatively affordable homes, it's own downtown in revival, and proximity to Toronto, there is an appeal for those who still want some urban life to their style.  On the other hand, there are large swatches of less desirable condos along the ever-busy GO Train, the schools for the area are not top ranking, and though the area is gentrifying, it still has some distance to go.  Great for some but not for all, Clarkson is a village to watch in the future.

Home Prices: Moderate to High
Streetsville Village has a history of almost 200 years, and was founded in 1820.  This area flanks the Credit River from the 401 south to around Bristol Road, between Erin Mills Parkway and Creditview.  It includes the original historic areas as well as suburban developments spanning from the 1950's, through to the 2000's.  Streetsville has a beautiful and vibrant downtown core that runs along Queen Street, with plenty of charm, community and activities.

Home Prices: Moderate to High
Central Erin Mills is the newest phase of the Erin Mills Master Planned Community, which includes the areas north of highway 403 between Winston Churchill Blvd. and Erin Mills Parkway.  These neighbourhoods were designed with curb appeal in mind, with large brick homes, a variety of architecture and good frontages.  There are many parks, paths and schools integrated into the design of Central Erin Mills, the ultimate suburban neighbourhood.

Home Prices: Moderate to High
South Erin Mills was developed in the 1970's and 1980's and is located south of highway 403.  The ideals of this time were different than today, so you will see a wide range of housing styles to provide family housing at all price points.  There are exclusive neighbourhoods mixed in with very affordable areas.  One of the great features of Erin Mills is it's extensive park and pathway system that offers miles of trails for jogging, hiking and bike riding.

Home Prices: Moderate to Very High
The MLS district of Sheridan consists of Sheridan Homelands, Sherwood Forest and the exclusive Mississauga Road corridor.  Both Sheridan Homelands and Sherwood Forest are upper-class subdivisions that lie on either side of Erin Mills Parkway, just south of Dundas.  Both are excellent suburban neighbourhoods with a range of price points, and were built from the 1960's to the 1980's.  The trees are mature, the streets are quiet, and the curb appeal is spectacular.

Home Prices: Moderate to High
Erindale is an older community nestled along the east side of the Credit River south of Burnhamthorpe Rd. to the Queensway.  Erindale offers a mix of affordable semi and detached family homes in Credit Woodlands, along with luxury and custom homes in the areas closest to the Credit River.

Home Prices: Affordable to Moderate
Meadowvale was developed in the 1970's as a bedroom community for commuters and blue collar workers.  Located north of Britannia Road between Tenth Line and Erin Mills Parkway, the area has a large proportion of townhouses and semi detached homes, keeping the area affordable compared to other areas of Mississauga.  In the southern area, there are a good number of single family homes that are well tended and fall within some of the best school districts in the city.  Meadowvale is known for its tree lined streets, an extensive network of parks and paths, and has two man made lakes, Lake Wabukayne and Lake Aquitaine, which are popular with residents and nature lovers.

Home Prices: Affordable to High
Developed in the late 1990's and 2000's, Lisgar is a narrow corridor located north of Britannia Road between Ninth and Tenth Line.  Lisgar is very popular with families looking for an affordable home in Mississauga, that is newer in style and offers suburban ideal of many parks and schools nearby.  Lisgar is ideal for commuters as it has it's own GO Train line to Toronto, as well as close to all major highways.

Home Prices: Moderate to High
Applewood is a 1970's style suburban community located in east central Mississauga.  Known for it's tree lined, quiet family streets.  Applewood is a great location for easy access to Toronto and the Mississauga city centre.

Home Prices: Moderate to High:
Located south of Eastgate, between Cawthra Road and Etobicoke Creek, Rathwood is a quaint family oriented community with large homes and good schools.  Rathwood is a great destination for families with children who need close access to Toronto, and all that urban living has to offer.

Home Prices: Affordable to Very High
Known across Mississauga for its major intersection, simply referred to as "5 and 10", Cooksville was Mississauga's old city centre before the construction of the modern city centre near Square One.  Cooksville is the most densely populated area in Mississauga and contains a lot of apartments and condominiums.  However, it's important to note that Cooksville also incorporates the more family oriented neighbourhoods of Huron Park and Gordon Woods; which are vastly different than the typical image that comes to mind when one thinks of Cooksville.

Home Prices: Very High
Mineola is one of Mississauga's most exclusive and high end areas.  Located just north of Port Credit, Mineola has a country feeling complete with small roads and an abundance of trees.  Mineola is a favourite area for investors looking to build custom homes because of the neighbourhood's vicinity to Port Credit and the excellent lots.

Home Prices: Moderate to High
Churchill Meadows is located south of Britannia Road between Winston Churchill and Ninth Line.  Not much more than 10 years old, Churchill Meadows is very popular with families looking for a modern, turnkey home in a safe, well planned community.  Homes in Churchill Meadows were designed with a nod to old world charm, and the neighbourhood was designed to become a walking community in generations to come.  The homes are tightly packed, and as more amenities fill in, it will become a village with an urban vibe,  yet with all the benefits of suburbia.

Home Prices: Moderate to High
Mississauga Valleys is a small, densely populated area located in the centre of Mississauga.  Built in the early 1970's, it is one of Mississauga's original suburban developments and offers a diverse choice of housing styles.

Home Prices: Moderate to High
Hurontario is a centrally located community just north of the Mississauga City Centre.  Consisting mostly of detached family homes, Hurontario is a great family area that is close to all of the best amenities that Mississauga has to offer.

Home Prices: Affordable to Moderate
What used to be only a few buildings surrounded by farm fields, the Mississauga City Centre has developed into a modern downtown area that surrounds Square One.  The Mississauga City Centre is known for it's modern cutting edge architecture and the large amount of high rise buildings is unique for a suburb.  This area appeals to people who want the turnkey life with modern condos and walking distance to many amenities.

Home Prices: Moderate to High
East Credit is a large builder development located east of Streetsville in north Mississauga.  While the homes themselves have nice details, the overall neighbourhood itself lacks character and uniqueness.  Formerly coined as Heartland, this area is best known for the Heartland Outlet complexes along Britannia and Mavis.
Save this search and subscribe to email alerts: Automatically be notified of new listings that match this search!
Showing 1 to 15 of 734 results 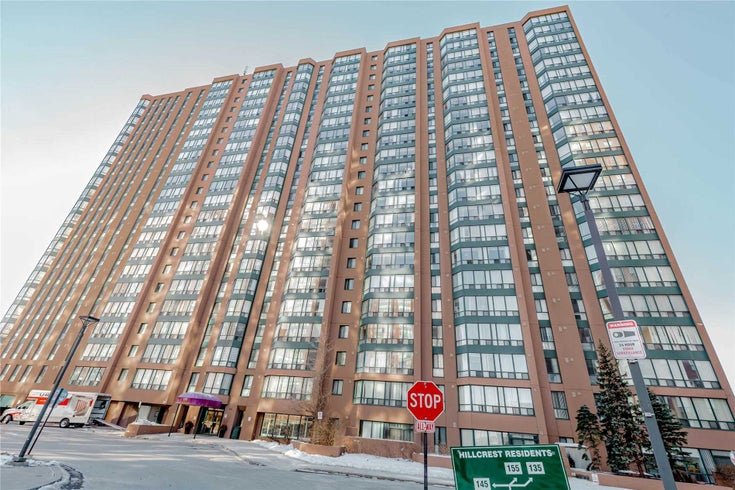 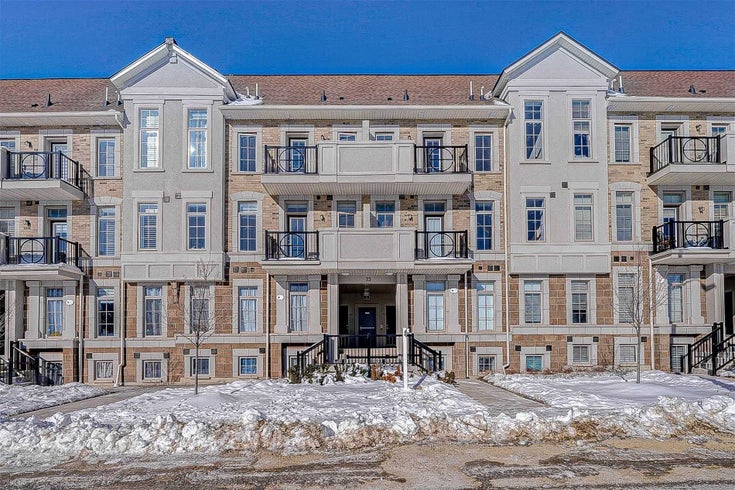 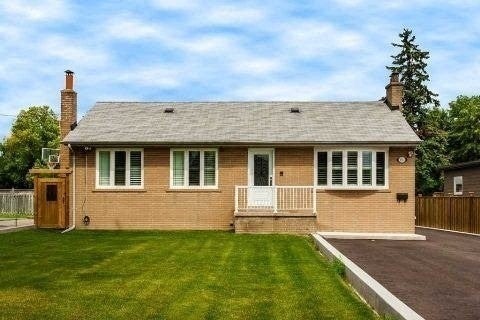 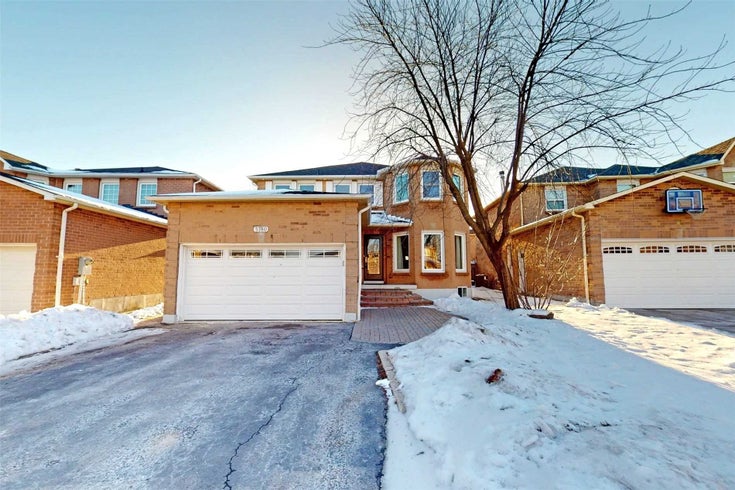 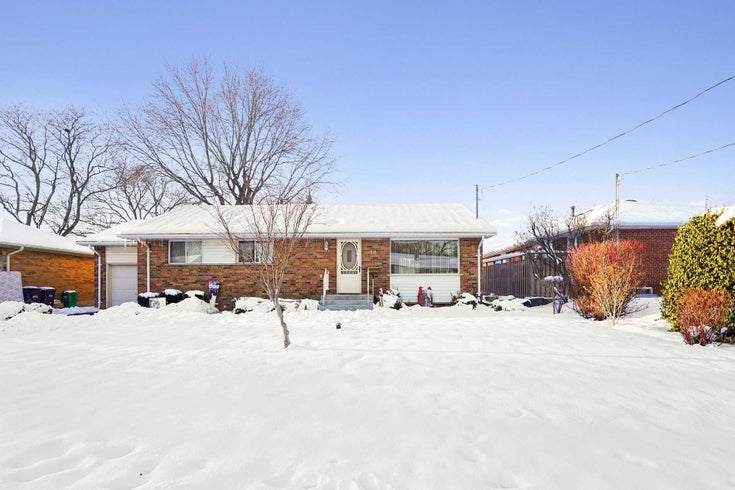 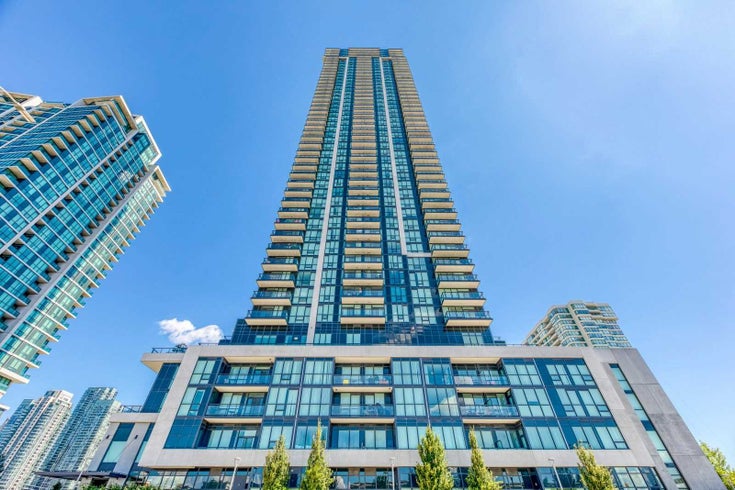 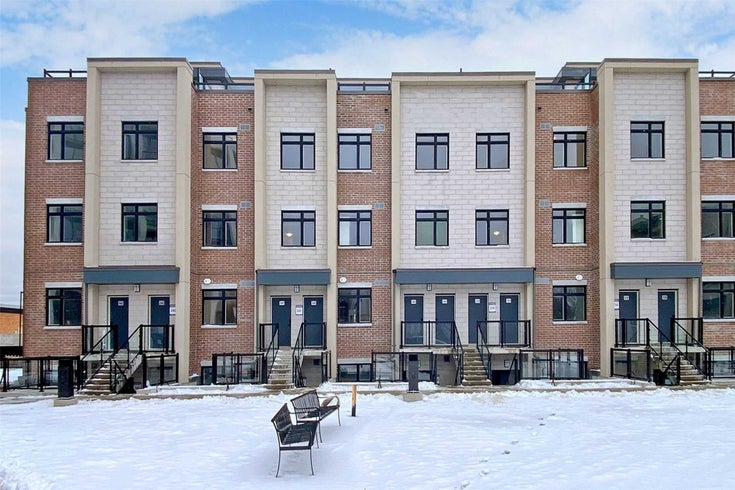 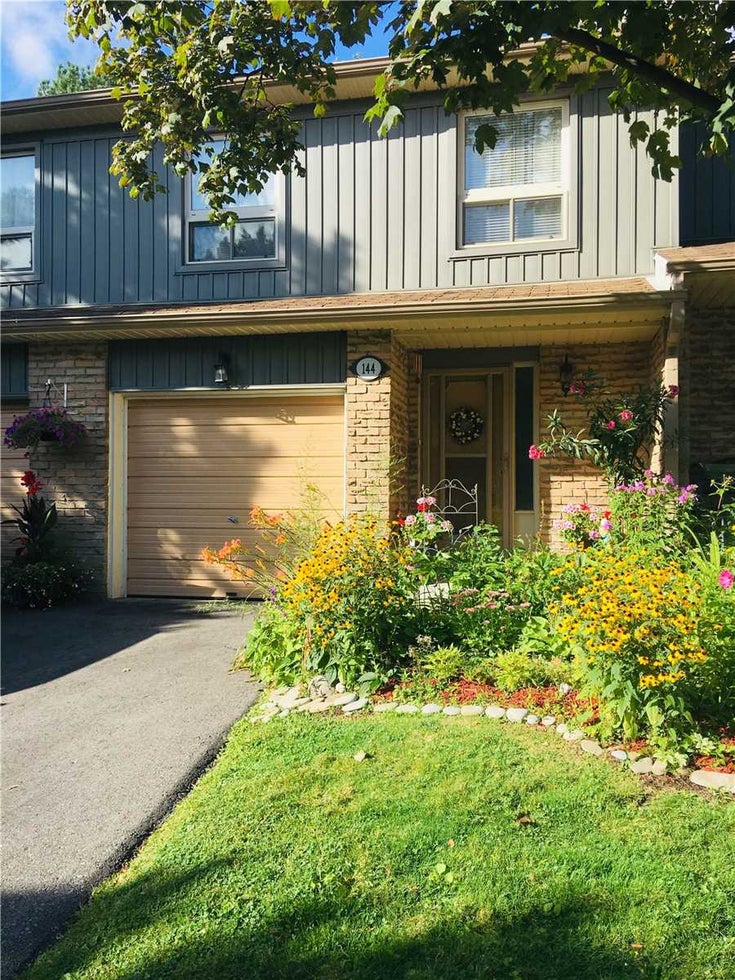 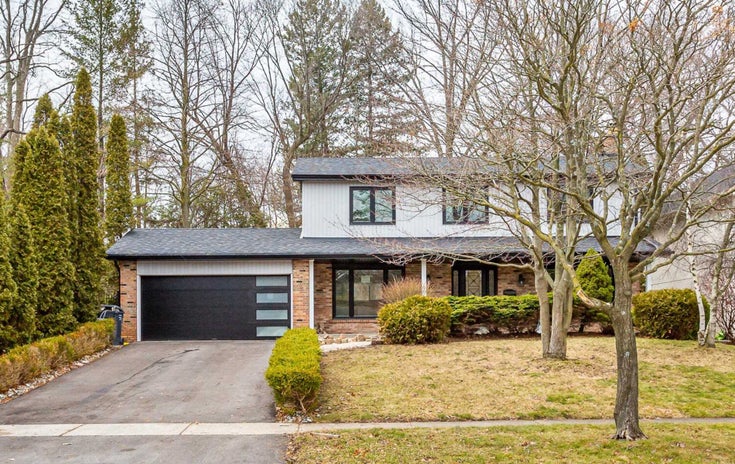 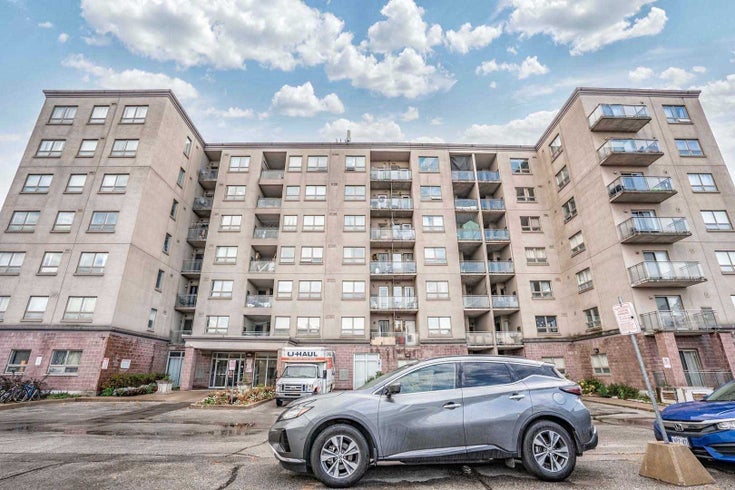 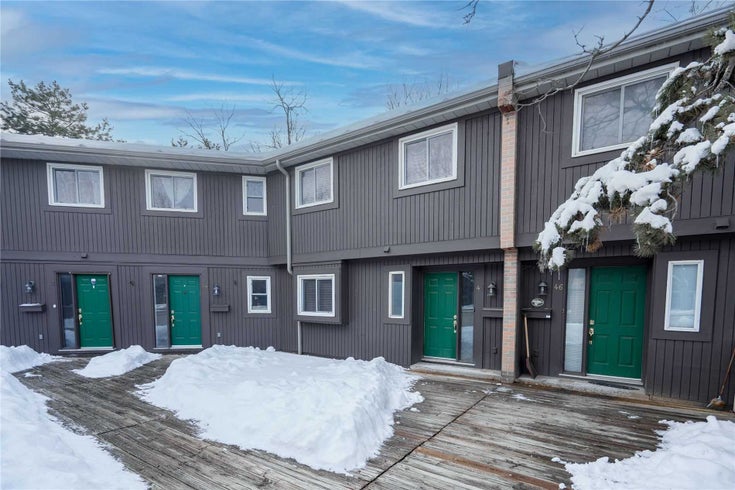 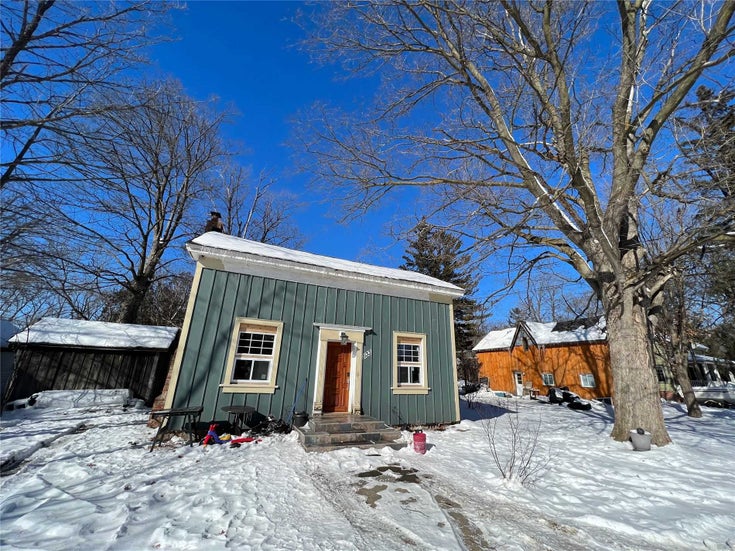 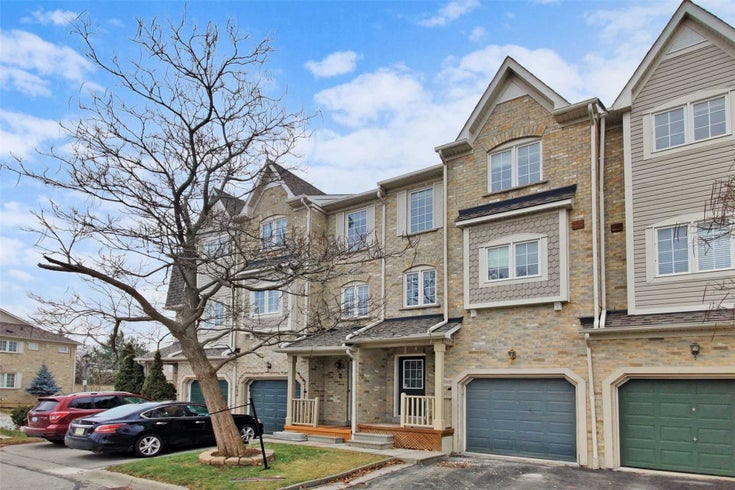 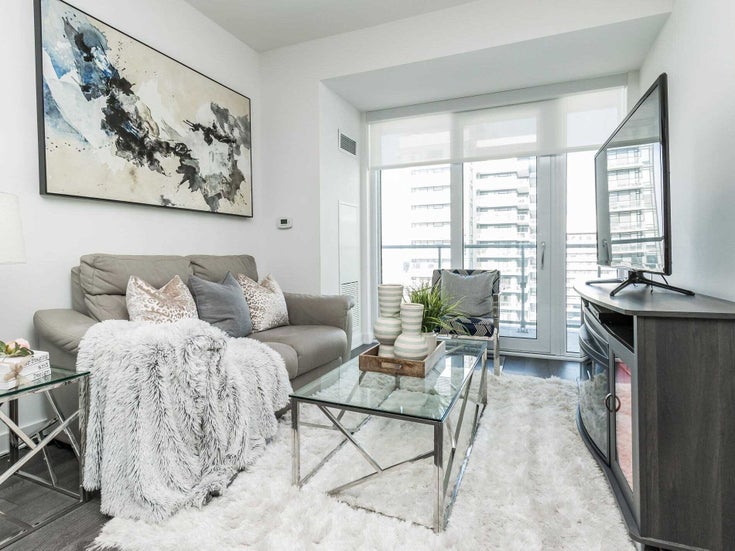 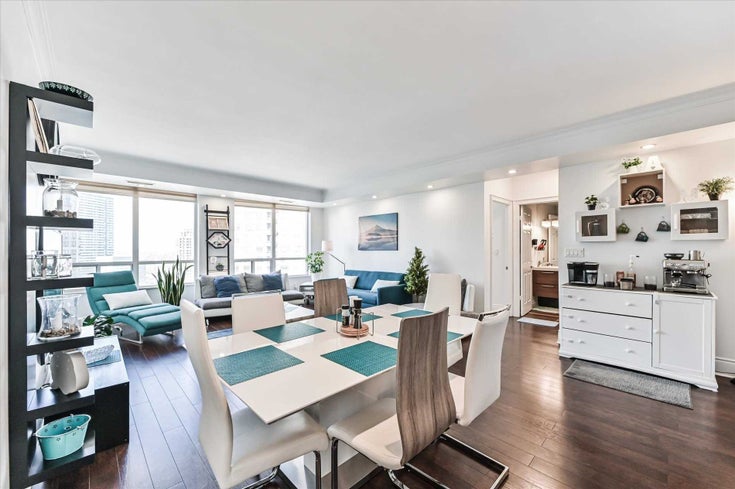