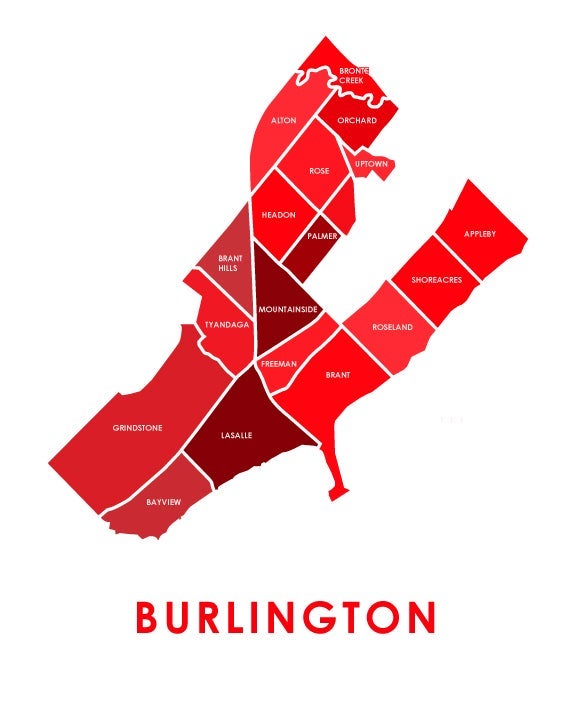 The community of Aldershot is located in the west end of Burlington.  Tree-lined street with beautiful views of the bay and a decidedly village-like feel make it a great place to live and play.
Aldershot was one of the earliest established areas in Burlington.  When Alex Brown first relocated to Burlington from Waterdown, he built Brown's Wharf in Port Flamborough, which is known known as Aldershot.  It was an active export site for many of the local production mills.

Alton villagers love this Burlington community.  With parks and amenities just outside everyone's front door, it has been rumoured that there really is no reason to ever leave Alton Village.  Everything you need is just a short walk.
Alton Village was developed with a strong focus on great urban design with an attractive street-scape.  Framed by the beautiful Niagara Escarpment, Alton Village provides it's residents with the tranquility  of living far enough away from the hustle and bustle, yet close enough to numerous amenities.
Burlington's Alton Village community was first developed in 2006 and is still undergoing some finishing touches.  It's Burlington's newest neighbourhood.  This small piece of paradise has it all: parks, schools, shopping, community centre...you really can't ask for more.

The community of Corporate is located in the north end of Burlington.  This area is abuzz with more than just industry.  With a variety of home options to choose from and it's close proximity to everything in the city, Corporate is a great place to live.
The Corporate neighbourhood is a wonderful community with mid-sized condos, townhomes and semi-detached homes for individuals or small families looking to purchase a starter home or downsize.

The community of Dynes is located in central Burlington.  With convenient access to shopping, services, transit, Lake Ontario and downtown Burlington, the Dynes community truly is the heart of Burlington.
Experience the best of both cities!  The Elizabeth Gardens neighbourhood is a mature enclave located at the east border of Burlington and Oakville.
The area is conveniently located near the shores of Lake Ontario and is close to shopping, the QEW and the lakefront.

The community of Longmoor is centrally located in the heart of Burlington.  Longmoor has everything you need - from great parks and recreation opportunities, to easy highway access and is conveniently located near numerous shops and services.  As well, Longmoor's close proximity to Lake Ontariomakes this an ideal community in which to plant your roots.

The community of Maple is located in the west end of Burlington, nestled along the beautiful shores of Lake Ontario.  Maple is part of downtown Burlington, but it's borders extend further beyond the downtown core.
Maple offers an ideal community for those who like to be close to the action and many amenities are within walking distance.  Many Burlington treasures are tucked inside Maple's boundaries, including;

Millcroft is a well-established and much sought after prestigious golf course community.  This upscale family-focused neighbourhood offers a wide variety of beautifully landscaped homes, but it doesn't come without it's above average sticker price.
Construction in this neighbourhood started in the late 1980's.  Since that time, this community has grown to approximately 3,400 homes and takes up about 650 acres.
The award-winning 18-hole Millcroft Golf Course features a par 70, 5890 yard course which has been awarded Burlington's "Best Golf Course" by the Reader's Choice Awards for the past several years.  Many homes in the neighbourhood back onto the golf course, attracting the gold enthusiasts into this high-end community.

The Orchardis located in the very northeast corner of Burlington, bordering on Bronte Creek Provincial Park.  This family-focused neighbourhood offers a wide variety of homes in every price range.
Construction of this neighbourhood started in the late 1990's, with the very first home being occupied in 1997.  Since that time, this community has grown to approximately 3,800 homes.
Most people call this entire neighbourhood "The Orchard", but truth be told, the newer area (east of Sutton Drive) is actually called "Bronte Woods".  The problem is that the name has been lost somewhere along the way, and today the neighbourhood is simply known as "The Orchard".

Just south of Headon Forest, the neighbourhood of Palmer is a mature neighbourhood.  Built 30 years ago, single family homes are on good sized lots.

The Pinedale neighbourhood in Burlington is a primarily residential community, located on the eastern border of Burlington, right next to Oakville.
Pinedale offers everything you need close to home, including; shopping, schools, services and recreation.  With quick, convenient access to the QEW, the Appleby GO Station and Lake Ontario, Pinedale is an ideal place to live and play.

This small but mighty neighbourhood is located in west Burlington.  In Burlington we simply call this community: Plains.
The Plains area is an older community conveniently located near the core of Burlington and all it's amenities.

Roseland is a beautiful community close to the lake.  Mature, tree-lined streets, large lots and an eclectic mix of custom-built homes, rebuilds and renovations create a unique place to live.
Burlington's Roseland community was first developed in 1925.  A local real estate add boasted "These homes and many more, all equally fine, are now occupied by as fine a type of resident as any man could find for his neighbours.  Many of them are Hamilton business men - all take pride in their homes".
Just a boat ride away from Hamilton, it became an attractive area for businessmen.  Many homes, like the one belonging to Reverend Dr. Thomas Greene and his wife, had long driveways lined with pines.  Mrs. Greene brought seedlings of her prized roses with her from Ireland and as they began to flourish, they became well known and inspired the area's name: Roseland.

The community of Tyandaga is located in the north-west end of Burlington.  This well established golf course community boasts mature tree-lined streets, plenty of green space and ravines, along with generous backyards.  The north end of Tyandaga runs up to the escarpment, offering stunning views of both the city and Lake Ontario.
Construction in Tyandaga began in the early 1970's, soon after Burlington became incorporated as a city in 1974, and continued until the 1990's.  The neighbourhood of Tyandaga is named after Joseph Brant (Thayendanegea), a war chief who lived in the 1700's, and is known as Burlington's founding father.
Save this search and subscribe to email alerts: Automatically be notified of new listings that match this search!
Showing 1 to 15 of 308 results 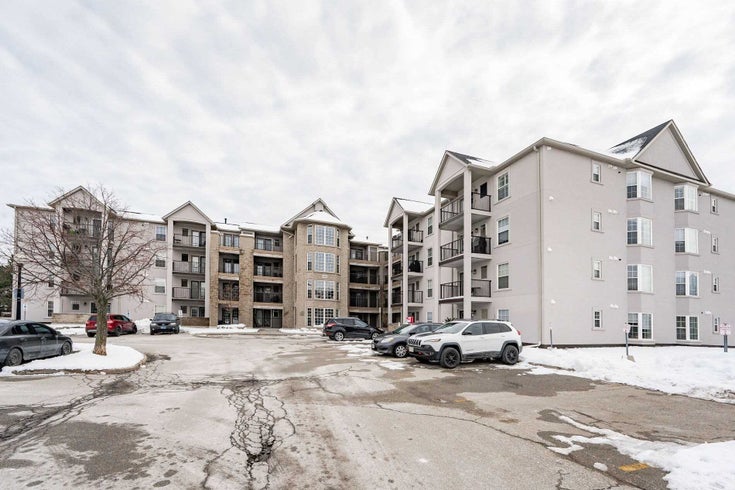 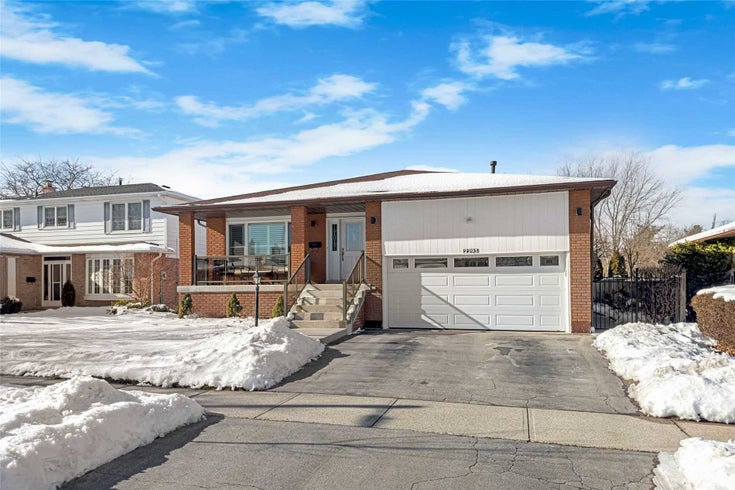 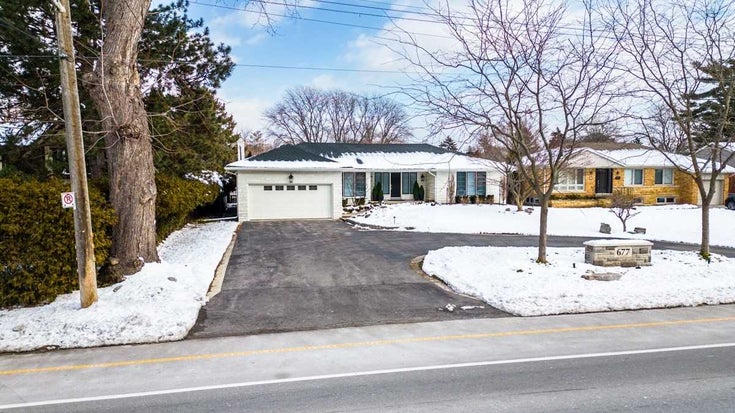 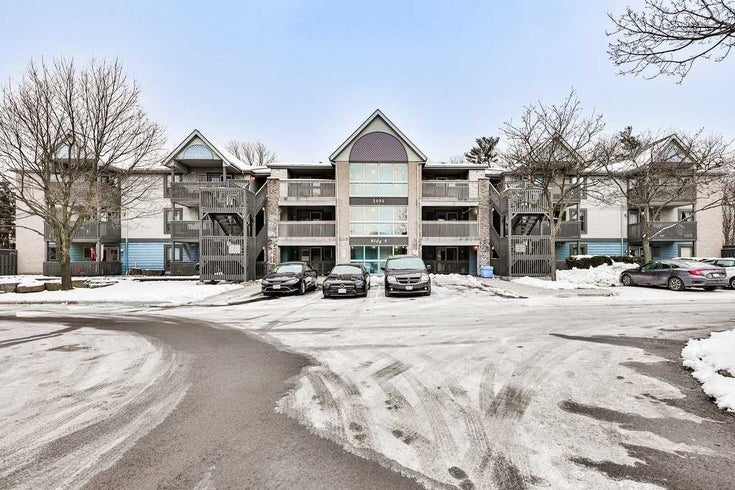 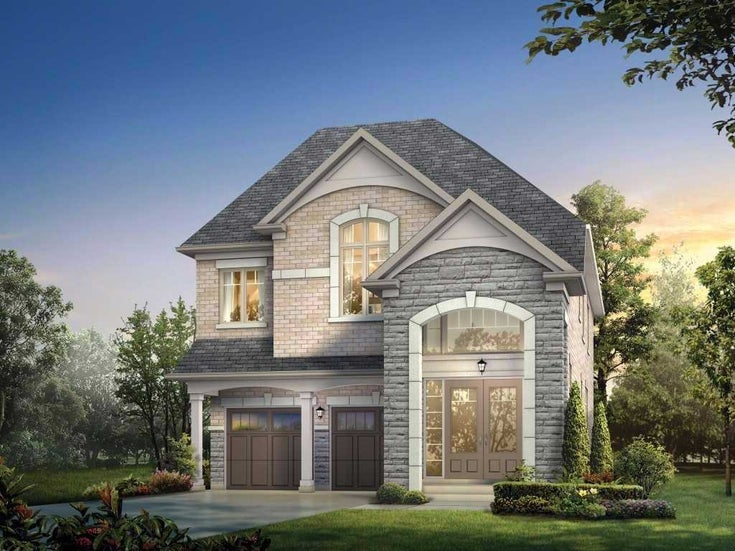 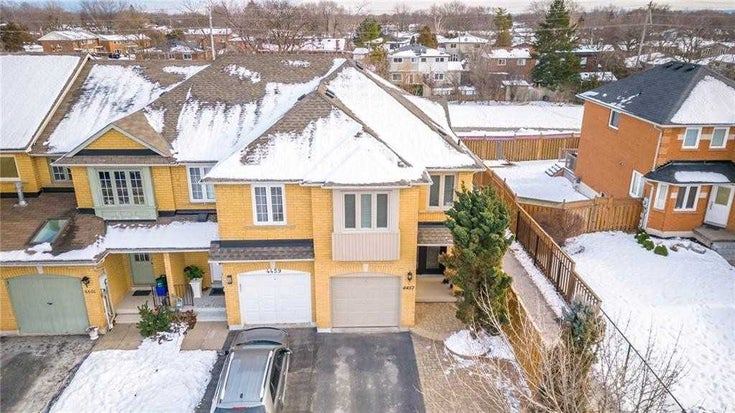 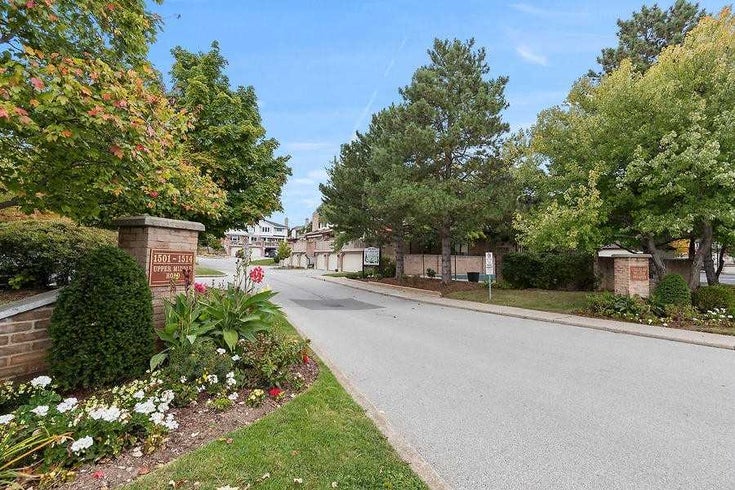 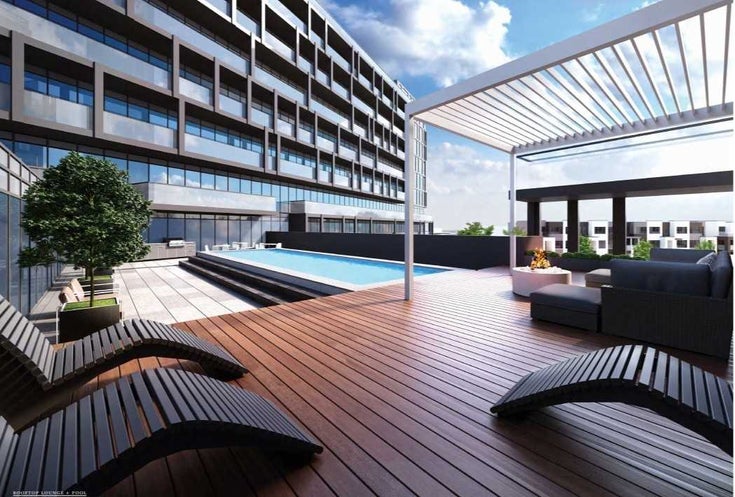 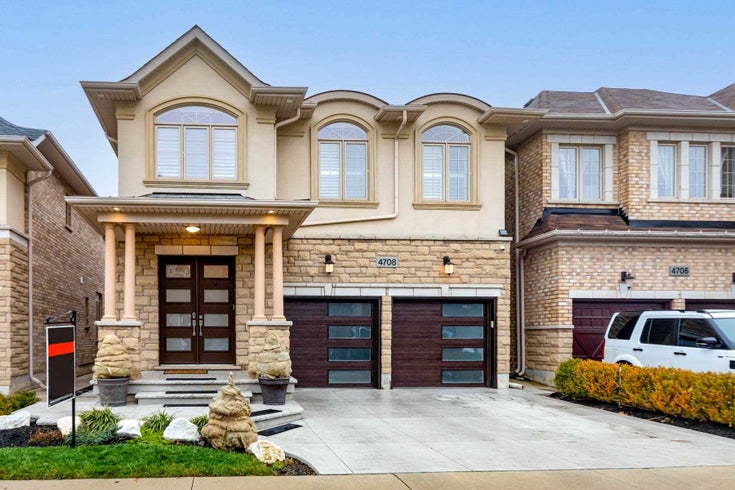 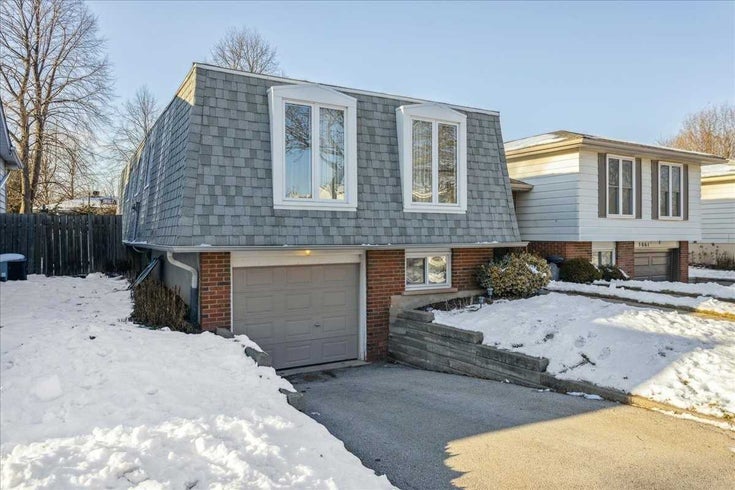 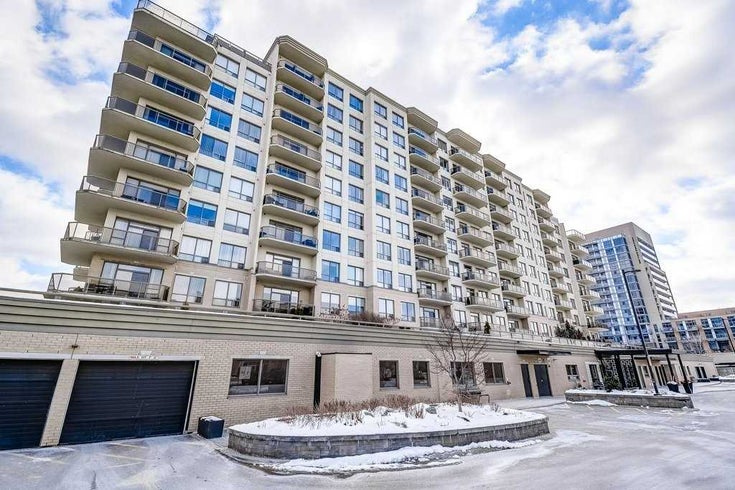 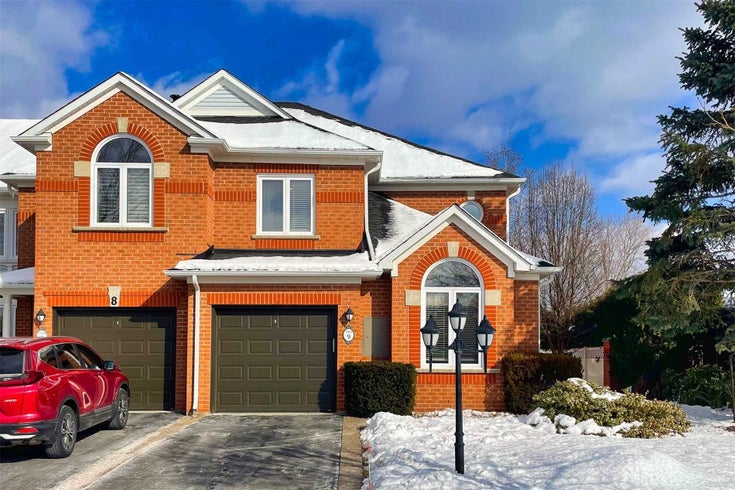 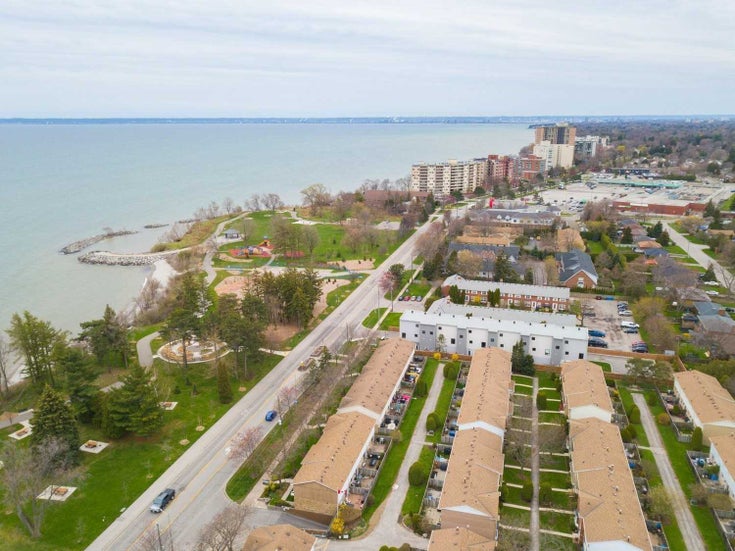