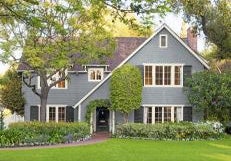 According to the Royal LePage House Price Survey released today, the aggregate price of a home in Canada increased 17.1 percent year-over-year to $779,000 in the fourth quarter of 2021. Canada’s real estate market has sustained another year of record prices, as strong buyer demand continues to outpace supply in almost every market from coast to coast.

“Like a bad dream that disrupts your sleep for months on end, we ushered in 2022 with a fresh round of pandemic restrictions designed to combat a new wave of infections. Asked to stay away from the workplace and unable to travel even locally for entertainment, thousands of Canadians have been redirecting their growing savings into improving living conditions, as the family home doubles as an office, restaurant and schoolroom,” said Phil Soper, president and CEO of Royal LePage. “It has been a busy winter in the housing industry and a very busy spring looms ahead.”

The Royal LePage National House Price Composite is compiled from proprietary property data, nationally and in 62 of the nation’s largest real estate markets. When broken out by housing type, the national median price of a single-family detached home rose 21.1 percent year-over-year to $811,900, while the median price of a condominium increased 15.8 percent year-over-year to $553,800. Price data, which includes both resale and new build, is provided by Royal LePage’s sister company RPS Real Property Solutions, a leading Canadian real estate valuation company.

Inventory
Eighty-seven percent of the report’s markets posted double-digit year-over-year aggregate price increases, while 61 percent of the markets saw a quarterly price increase of 3.0 percent or greater, which is historically not typical of the Canadian real estate market in a fourth quarter.

“The shortage of homes available for sale or rent is one of the major social and economic challenges of our times,” noted Soper. “Policymakers at all levels of government may take comfort from 2022’s very modest improvement in the supply of available properties relative to demand, yet we see home prices rising at double-digit levels again this year.”

“Everywhere, in our largest urban centres, and in the nation’s small and medium-sized towns and cities, new homes are not being built fast enough to satisfy growing demand,” said Soper. “In addition to the slow and expensive regulatory processes that burden builders, construction has been hampered by pandemic-specific challenges, including labour shortages and the increased cost of construction materials as suppliers struggle with supply chain issues. Some developers have been hesitant to commit to new projects.”

Interest rates
Canada’s inflation rate reached an 18-year high at the end of 2021, driven by increased costs to consumer goods, including gasoline and food, and significant delays in the supply chain. The Bank of Canada is expected to begin increasing its overnight lending rate incrementally later this year, which would result in higher mortgage rates.

“Many industry watchers expect the inevitable rise in borrowing costs will abruptly end the current seller’s market with its characteristic rising home values,” Soper said. “We are experiencing the first expansionary housing cycle, which began in the second quarter of 2020, since the introduction of the federal mortgage stress test. Buyers have had to qualify for a loan at a rate much higher than what they will actually pay, creating a significant buffer before they reach their capacity to manage larger payments.”

While rising interest rates slow house price appreciation, higher borrowing costs will be coming off historical lows and the increases may not be enough to offset the significant upward price pressure from Canada’s housing supply crisis.

Federal policy
Royal LePage supports policies that are supportive of transparency in the real estate process and that prioritize consumers’ best interests. One of the proposed changes by the Federal government is an end to blind-bidding in real estate transactions. While this would enhance transparency, it is not expected to improve affordability. Additionally, a one percent tax on foreign-owned vacant properties, which came into effect on January 1st, is not expected to materially increase housing supply. The nationwide inventory shortage remains the culprit tied to eroding affordability.

“Policies that attempt to artificially quell demand in the face of growing household formation are distractions from Canada’s housing shortage crisis,” concluded Soper.

Immigration
As noted in previous releases, immigration remains one of the largest drivers of buyer demand. According to the Royal LePage Newcomer Survey, the average duration before newcomers purchase a home is three years after arrival and, nationally, 64 percent rent their first home, spurring significant rental demand in large urban centres.

In December, Royal LePage issued its 2022 forecast stating that the national aggregate price of a home is expected to increase 10.5 percent year-over-year.

“If the fourth quarter of 2021 is any indication of what is in store for the GTA housing market in the coming months, buyers can expect tight competition through the spring, as demand continues to outpace supply across the region and in every segment of the market,” said Karen Yolevski, chief operating officer, Royal LePage Real Estate Services Ltd. “This competition will continue to put upward pressure on prices, pushing some buyers to increase their budgets, expand the parameters of their geographical search or consider a different housing type.”

“As affordability continues to wane in the downtown core and the greater region, demand for condominiums is increasing. Many first-time buyers, as well as those who have been priced out of the detached segment over the last year, see condos as an opportunity to enter the real estate market. Without a significant and speedy boost in housing supply, major urban centres like Toronto will remain firmly in a seller’s market.”

Yolevski noted that while many towns and smaller cities in the Golden Horseshoe have been affected by the trend of Torontonians migrating outside the city since the onset of the pandemic, most newcomers expected to enter Canada in 2022 will settle in one of the three largest urban centres. This will increase competition in both the resale and rental markets.

In December, Royal LePage issued a forecast projecting that the aggregate price of a home in the Greater Toronto Area will increase 11.0 percent in the fourth quarter of 2022, compared to the same quarter in 2021.
Article courtesy of Meadowtowne Realty